While the entire world is busy declaring their love for Biryani and making memes on it, my mind is fixated on the idea of brewing a good cup of tea.
What transfixes me the most is the fact that there are endless stripes of tea or to put it in the correct way there are endless elements which are be Tea-able.

Growing up in a Indian household my initial introduction to tea was obviously through Chai. The one with milk, tea leaves and loads of sugar. As a kid I hated it, in fact still do not appreciate it much. Thus my introduction to the various other possibilities of teas was rather late.
Lebu cha (lemon tea) made an appearance quite late in my life despite being brought up in a bengali brood, predominantly because my mum prefer her tea milky. Lebu Cha did not add to much substance in my life until University days where it became more of a necessity to function. 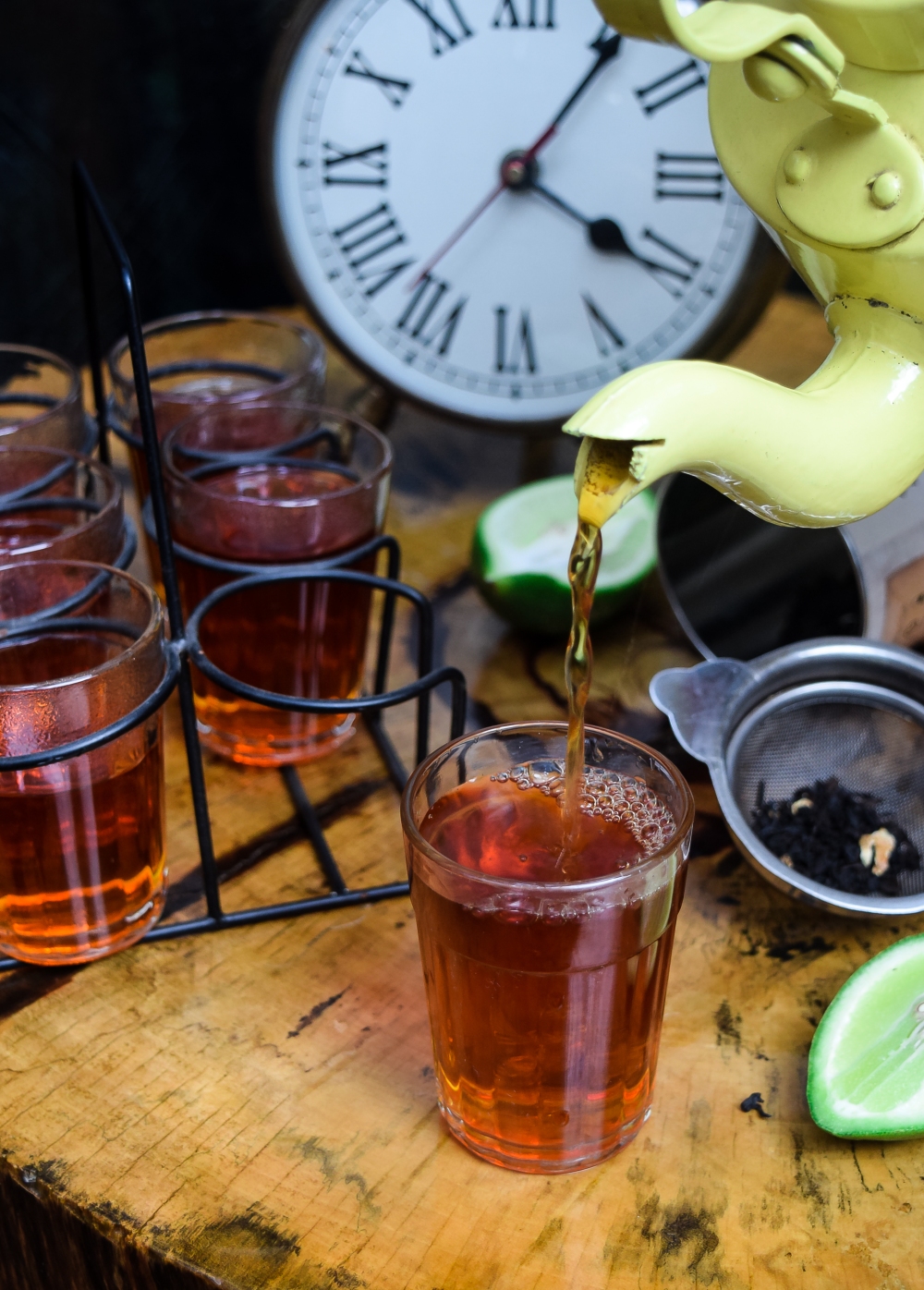 As a kid I was taught to avoid tea because it was not something kids would have. Being an obedient kid I settled for that. Late teenage hood was when I understood that it is necessary for competence (atleast in my case).

I gathered that tea was native to China. Apparently some Chinese king mistakenly invented tea while boiling water in his garden. I also gathered that tea could be made out of plant parts other than leaves too and it has taken me over a decade to explain the same to my parents (till the point I gave up). Jasmine tea was my first insight into not so Indian (Asian) tea. It was entirely different to my then perception of tea, it was not the conventional chai, neither was it the much execrated green tea that people usually relate weight loss to. 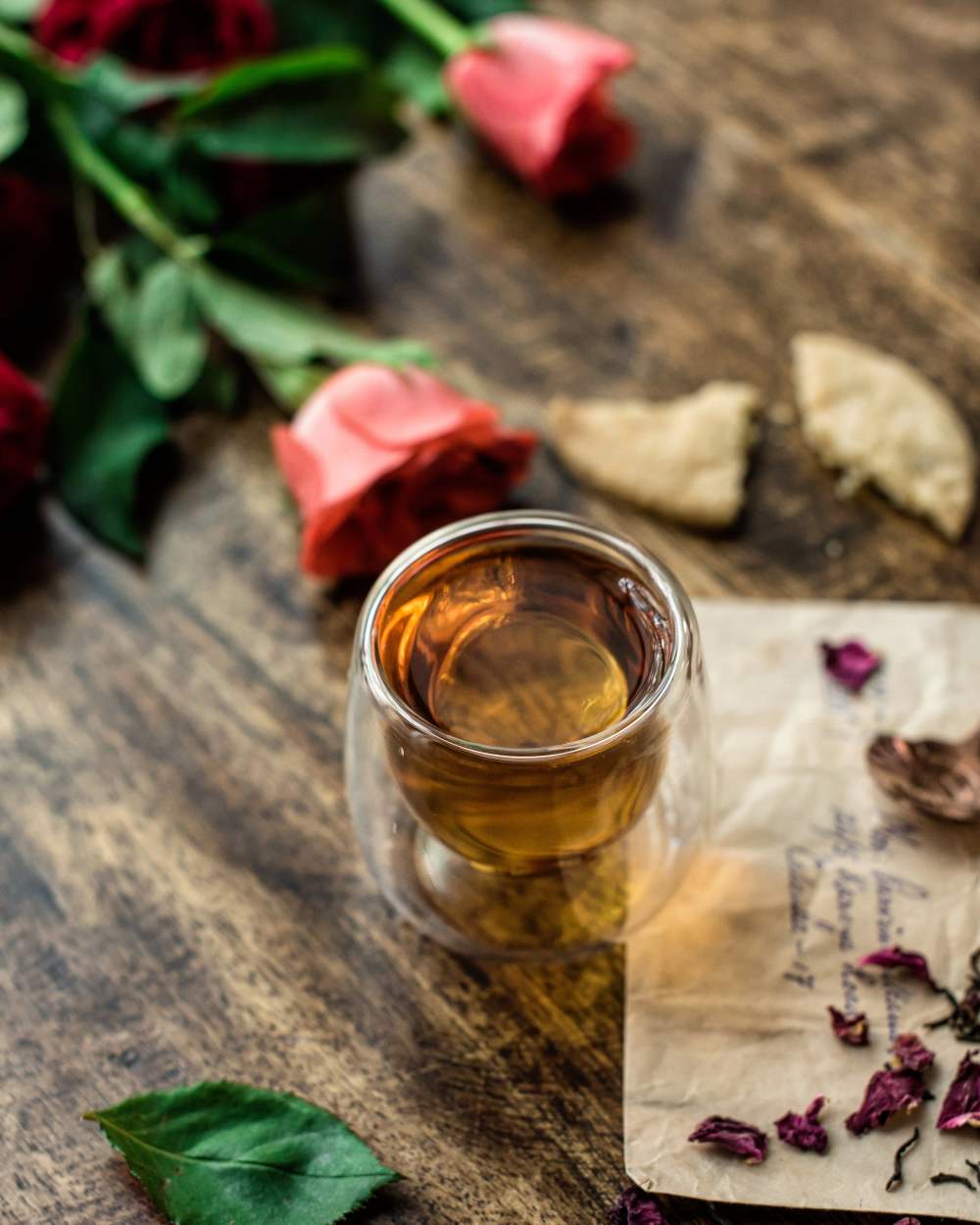 Soon enough I learned the oneness of green tea, black tea, white tea and the thousands of possible tea concoctions that could be made using these.
Floral teas have always been able to arouse a sense of calmness in me especially the ones with rose or hibiscus petals in them ( mostly white in nature). 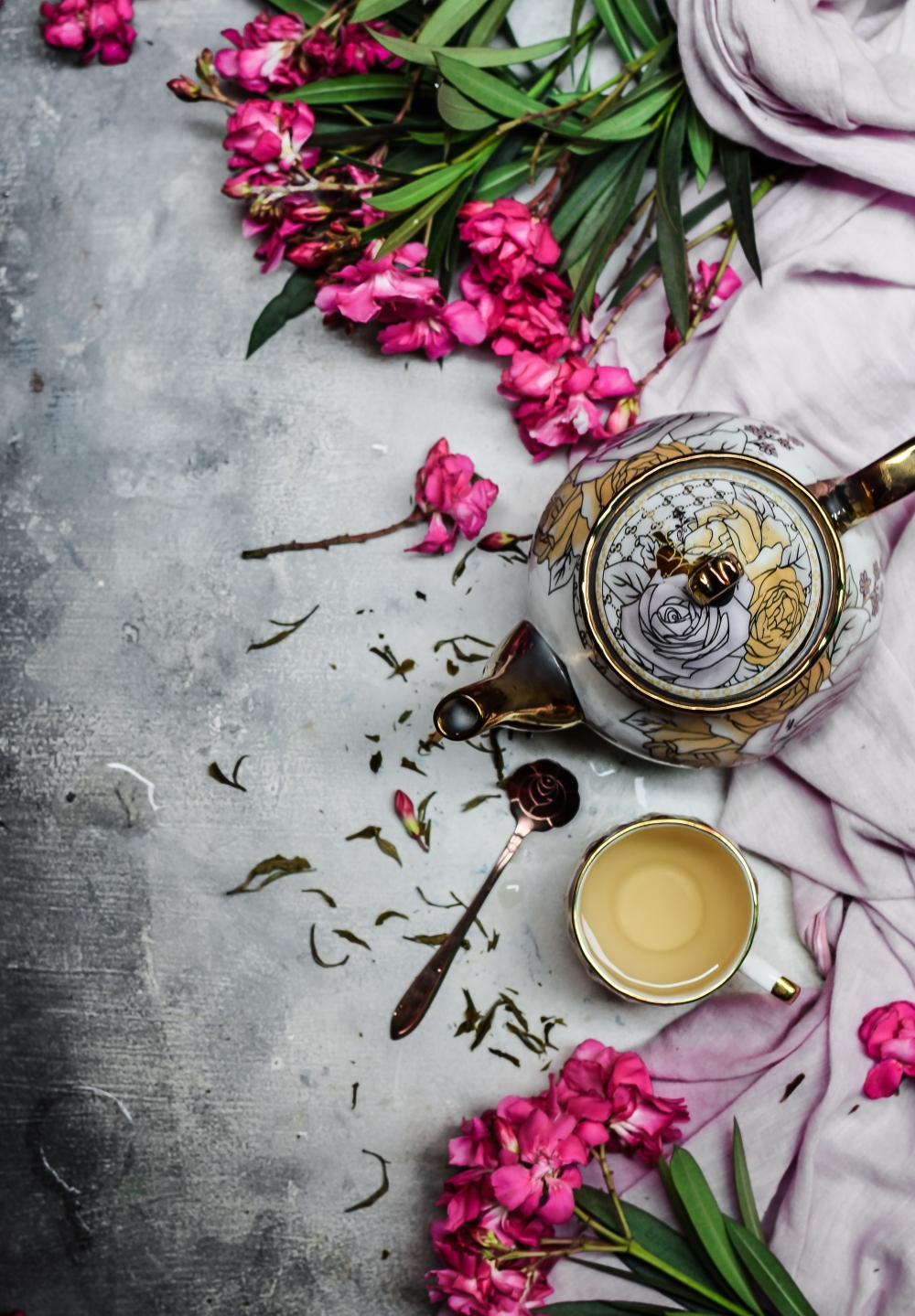 Spicy teas on the other hand excite me a lot. The introduction of spicy tea in my lifestyle was rather odd or in other words displeasing. It was in Kashmir while I was still in school. The kahwa, the mountain people would make had salt in it instead of sugar, they said it made them function better in the cold. I detested it the first time. It took me a couple of tries to acquire the taste until it sank in. It is my favorite kind of spiced tea today but only after the Turkish blends of spiced black teas with fruits (Turkey is one of the biggest producers and consumers of tea). Apple, berries, cinnamon and gosh, so much more! 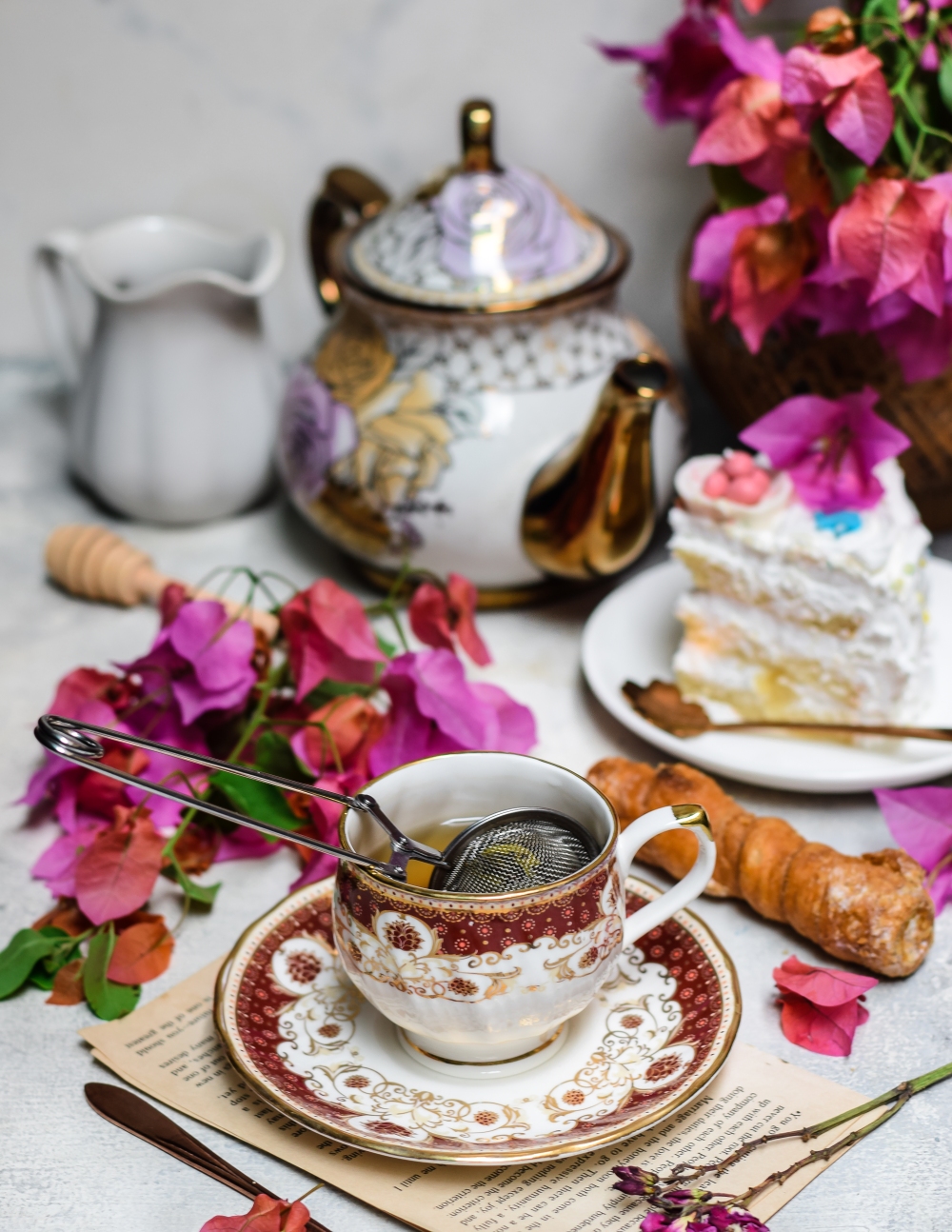 Festive teas. What is a festive tea be exact? Honestly I would not be able to define it, but I can share my thoughts on it. Remember when I mentioned that almost anything and everything is tea-able? Well, On that note does the inclusion of chocolate and jaggery (nolen gur to be exact) sound festive to you? For me it does! It is not something that I would want to consume everyday but occasionally, Yes! Especially during celebrations. 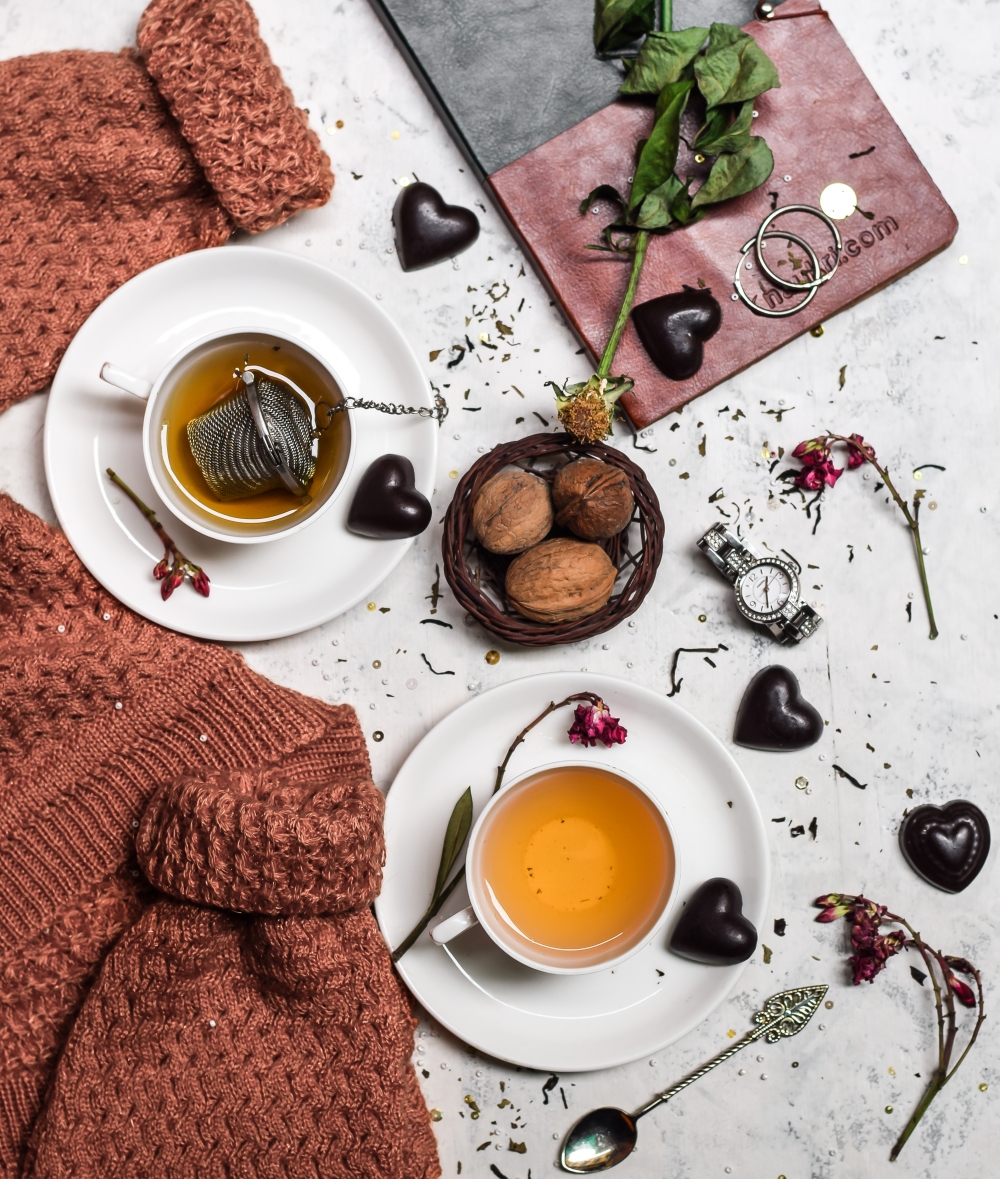 Tea is most consumed liquid in the world, only after water though. In my case it is quite the opposite! No kidding! Liquid consumption in my everyday life comes majorly from tea. Anytime, anywhere, everywhere!

Will be back again with more tea stories, till then T(e)a-T(e)a!

Afoodfulday is about a duo of mother and daughter who strictly believe that "There is no love sincerer than the love for food". We are Farhana and Parveen, two self taught cooks trying to cross the bridge between home cooking and professional cooking. We are huge foodies and do boast our sweet tooth. Desserts are our forte! Cooking well does not essentially mean cooking fancy and so we try on making home cooking better and fancy cooking easier. So tune in with us as we take you to the climax of foodgasm and provide you with easy , pocket friendly yet delectable recipes comprising of sweet and savory food. View all posts by afoodfulday